Though I have not been very consistent with my blogging this year, I did not want to miss posting my 10 favorite photos from 2016, and this year I was actually able to whittle the number down to 10. This is also the 5th anniversary of this meme, and it happens to be one I really enjoy putting together.

Chenman Salvage
(2/20/2016)
The first photo was taken on a bike ride, and was used in my Winter Walk-Off post. L. Chenman Salvage yard is near my house, and it is ringed with old navigational buoys. I am drawn to most anything nautical, and I love seeing the buoys' colors on gray winter days. As it happens, I called Mr. Chenman a couple of weeks ago to see about getting a spherical buoy to use at work next year as part of a display. He said he would think about it. 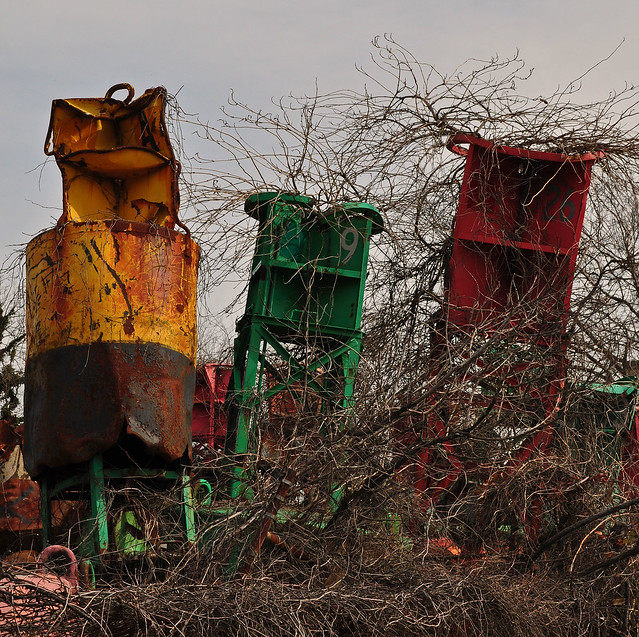 Fort Monroe
(3/12/2016)
If I were limited to only 1 favorite photo, this simple shot would likely be it, primarily because I have a thing for crows, but I also like messy history. The ironwork is from a section of an ornate double archway that spells out Jefferson Davis Memorial Park at Fort Monroe. The messiness comes from a memorial to the Confederate President, erected in the 1950's, inside a U.S. Army base, that just happened to be where that President was imprisoned for treason. 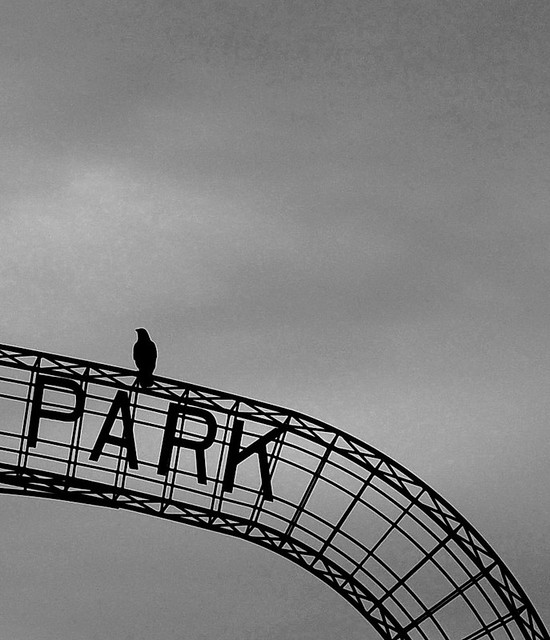 Zuni Pine Barrens
(3/23/2016)
This was taken on a work field trip to the Zuni Pine Barrens. I was drawn to the strong vertical lines of the longleaf pine trunks, and the horizontal line of my coworkers about to walk out of the frame. Without apologies, I ran it through Photoshop to give it a more gauzy mystical look. 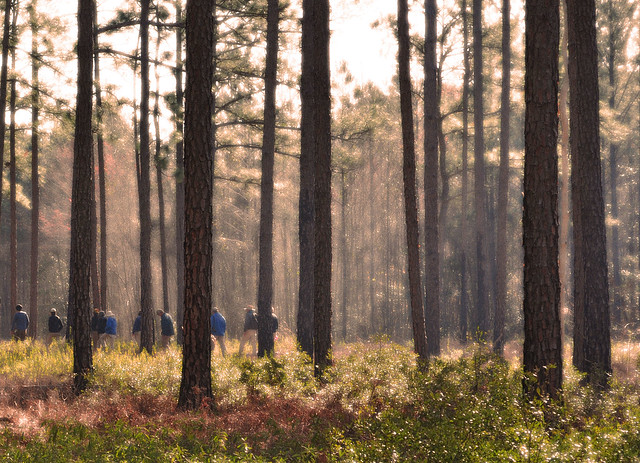 Buttercups
(4/30/2016)
On the way back from a kayak trip, I stopped to take this shot from the side the road in Isle of Wight Co. I love the color contrast of the field of yellow flowers and the all black cow. I have seen this sight before on several occasions, and always said to myself that one day I should stop and get a photo, and this was finally the day. 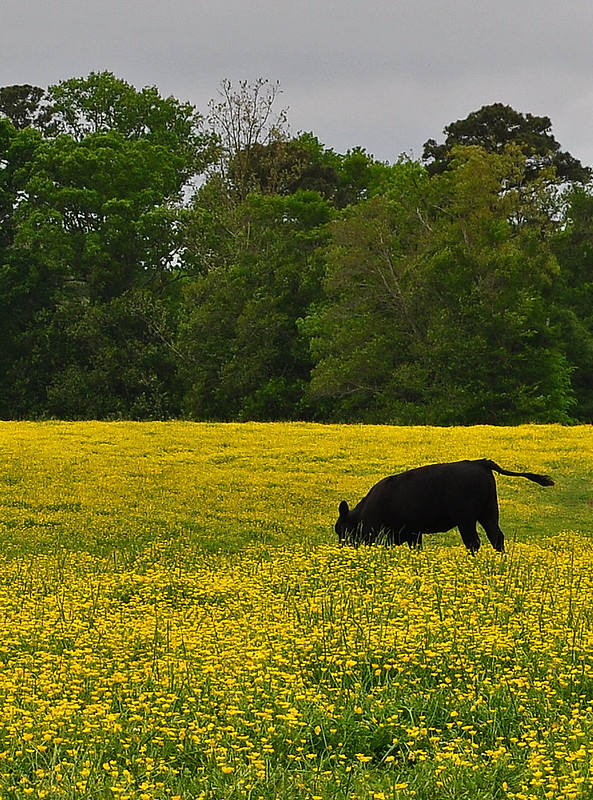 Muddy Creek
(5/14/2016)
This is the first of several favorites taken from the seat of my kayak. I was on the Eastern Shore, and the weather was perfect for kayaking, not too hot or cold, smooth water, and low winds. The waterman working solo was too busy pulling his crab pots to take much notice of me as I snapped his photo. His is not an easy occupation, but having only the tide and sun as a time clock has a certain appeal. 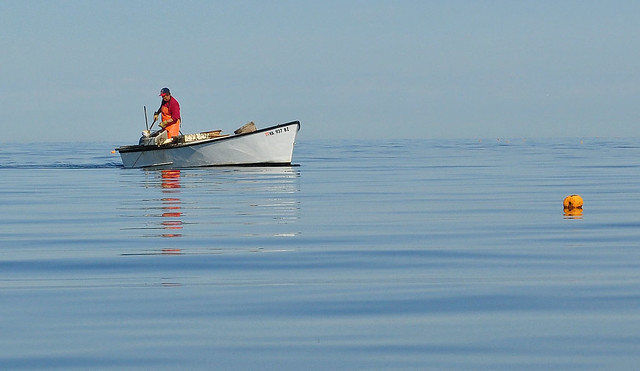 Horse Marsh
(7/17/2016)
I have been visiting Assateague and Chincoteague Islands since I was old enough to ride in a car seat. In the summer we go for the beach, and in the winter to see the waterfowl. No matter the season, there is always a decent chance to see the island's famous ponies. However, I have never seen so many, or gotten so close, as I did this summer on a kayaking trip. They let me paddle within feet of them, and I had them all to myself. 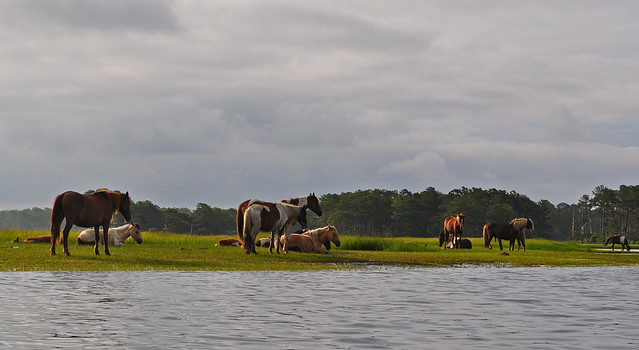 Belle Isle - Steelworks
(8/27/2016)
What can't be seen from this photo is that it was taken from within one of the ruined structures of an old steelworks on Belle Isle. Most of the roof and skeleton remain, but the sides are open to the elements, making the whole thing look like some sort of large derelict pavilion. I used the black edges of the roof, concrete floor, and two adjacent support columns to frame a shot out to the rampant growth. I am continually fascinated and made hopeful by nature's determination to overcome and erase. 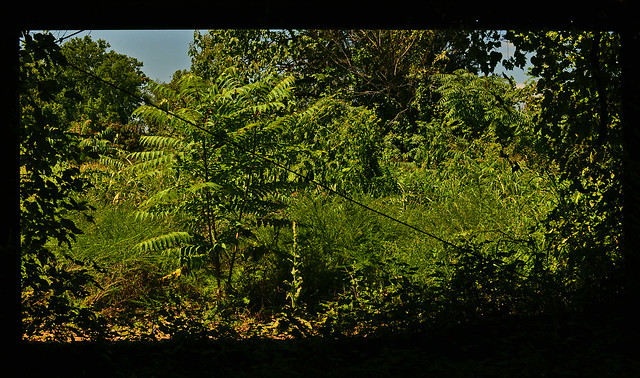 Brown's Island
(8/27/2016)
Walking back from Belle Isle, I crossed through adjacent Brown's Island. It was a hot day, and I spotted these boys cooling off in the James. Rope swings hung from the CSX railroad trestle; coal trains from Appalachia passed overhead on their way to the coast. 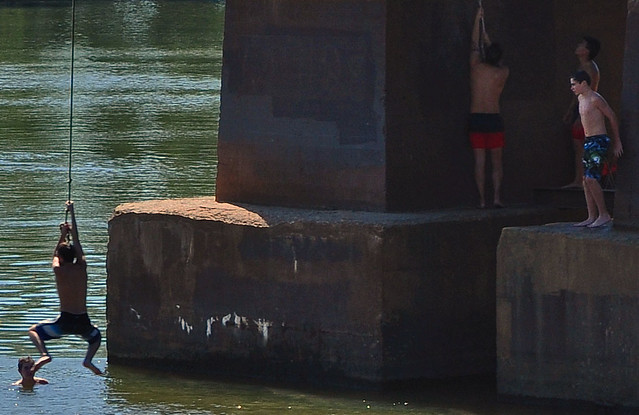 Lake Chickahominy
(11/19/2016)
Back in May I discovered a new-for-me place to kayak, Lake Chickahominy west of Williamsburg. I went back this fall and had a very photo-productive trip. I like this shot for its monochromatic background of bald cypress knees, and for the colorful determination of a red maple to take hold anywhere it can, even if that place is on another species, and not in the ground. 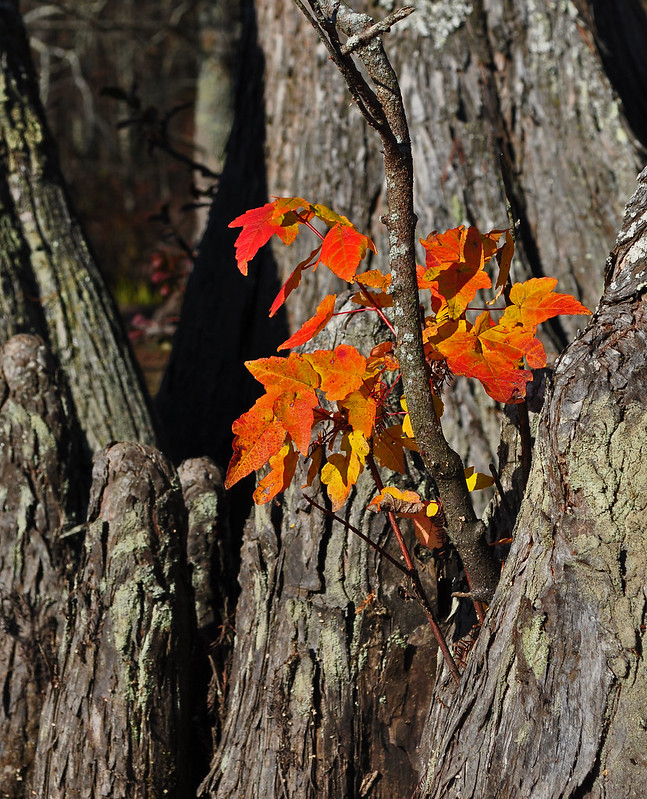 Lang Farm Road
(11/25/2016)
Finally, this group of hackberry trees near my parent's house is a frequent subject of mine. In fact, a shot of them has appeared in a previous top 10 post. I rarely photograph them in the summer when the foliage hides their structure. However, in late fall or winter, you can really see what a beautiful silhouette they create in the rising sun. 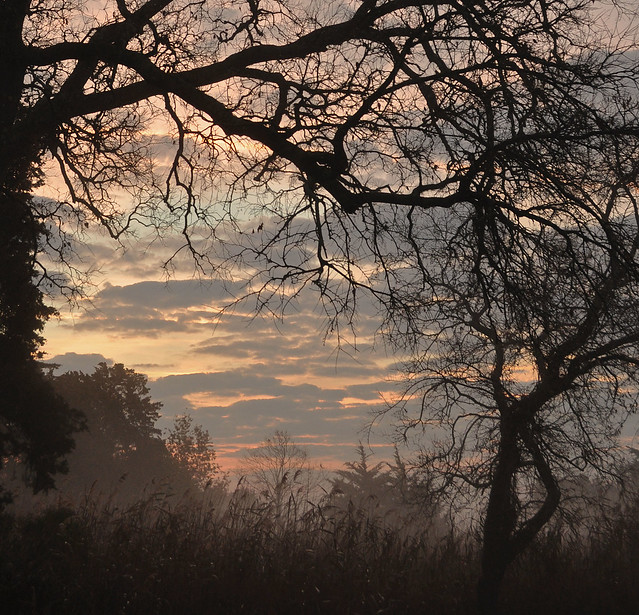 If you would like to see the rest of my favorites from 2016, you can check them out on my Flickr page.

Do you have photos from 2016 that you are particularly proud of, or that speak to you in a special way?
If so, then I welcome you to share them on your own blog or Facebook page. If you do, come back and leave a comment with a link please. I would really appreciate it. Thanks, and I hope all of you have a happy new year - one filled with much to photograph!
Les at 10:03 AM
Share